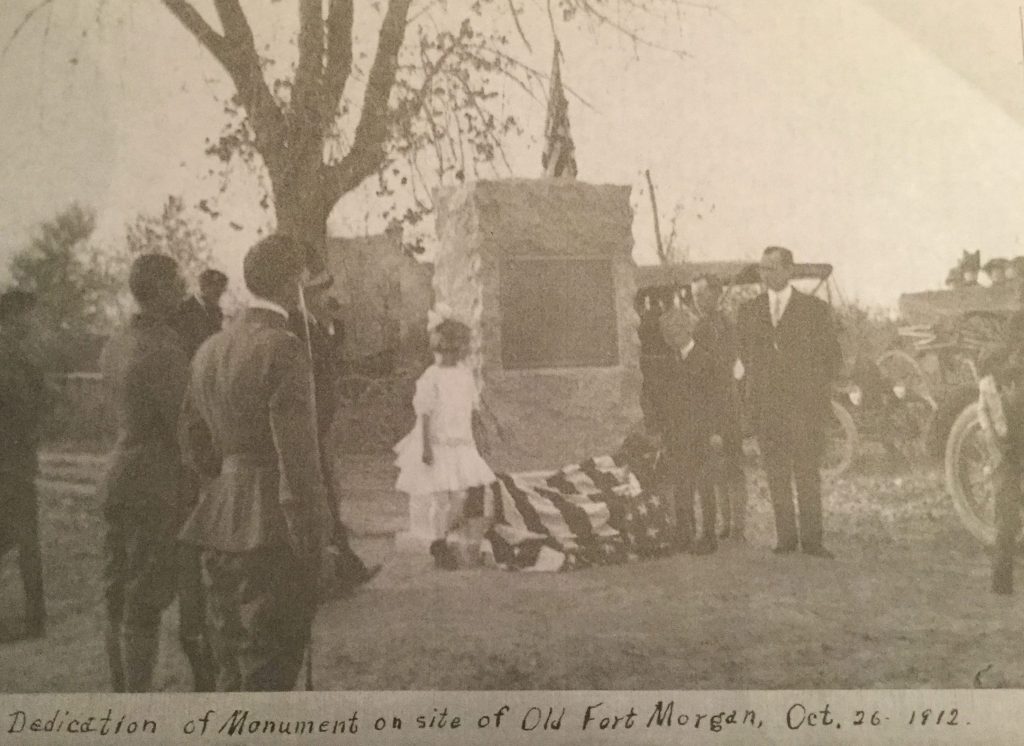 Dedication of Monument on site of Old Fort Morgan

The Fort Morgan Chapter NSDAR has had 43 past regents since it was organized on June 28, 1909. Currently, in 2018-2019 timeframe, we have 9 chapter officers filling regent, vice regent, chaplain, recording secretary, corresponding secretary, treasurer, registrar, historian, and librarian.  Our chapter also has many committee members working as teams and individuals on service projects and DAR work to enhance and improve our chapter and the community.

Hail to the Chief Tree